When to Walk Away or Stay Put | Susie & Otto Collins 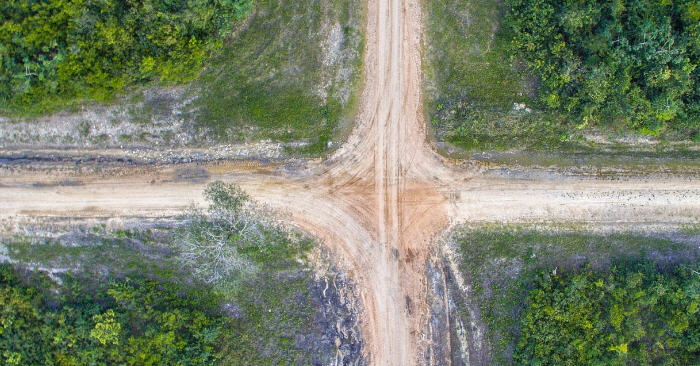 We all have times in our lives when we are faced with making the decision to walk away or stay longer in a job, a relationship, a house, a city, a group or just about anything else in life.

Awhile ago, Susie’s grandson was deciding whether to stay in a job he doesn’t like very well for a little while longer or not.

(He took another job that turned out to be better for him.)

A friend of ours has been considering whether to sell her house where she’s lived for over 20 years to downsize or stay where she is.

Another person we know is searching for the right answer of whether to stay in a relationship or let it go.

The truth is that new beginnings and also endings are a normal part of life–even though they can both be uncomfortable as you step into the unknown.

When you’re faced with an inner nudging to move on but you’re undecided about taking that step, what do you do?

Here are 3 tips to help you go through making the decision to walk away or stay with certainty and grace rather than stress, anger and fear…

1. Don’t buy into the fearful stories or make decisions from an emotionally overwhelmed place

It’s so seductive to get caught up in all the fearful meanderings of the mind–the worst-case-what-ifs–and take some action.

Otto learned that the biggest “mistakes” in his life have been made when he’s quit a job, sold a house or left his first marriage when he was overwhelmed with fear and doubt.

He also sees that his life could have been much easier if he had chosen to go through these periods of change without being driven by fear and anger.

Are you making your situation worse by believing the stories in your mind and futurizing about a fearful future that may or may not happen?

2. Look for places of hope and moving in the direction you want.

Clare took one of our courses and after it was finished she told us that when she started the course, she was ready to leave her relationship.

But after seeing that there were changes she could make, she saw hope.

She saw that she could be less reactive, not make so many assumptions and be kinder.

She saw that she could be open to moments of connection and appreciating what’s happening right now instead of dragging all the grievances from the past out every time they talked.

Now we don’t know what will happen for Clare and her boyfriend but we do know that she will get clarity for herself as she lets go of old habits that have been weighing her down.

What about you? Are you overlooking what’s going in the right direction because your mind is clouded over with fear?

3. When your mind clears and the time is right, you’ll know the next step to take.

For years, Susie knew that she and her first husband didn’t want the same things in life anymore like they used to but she didn’t want to face leaving.

When he became interested in someone else, he brought up divorce although he still loved Susie.

Even though she was crushed, she knew divorce was right, especially after they had a coaching session to find out if there was any future for the two of them as a couple.

They decided to “decide” after Labor Day and instead of mulling it over, Susie went on a short trip with her daughter and had fun.

With a clear mind and heart after the holiday, she knew that it was right to move on from her 30 year marriage.

They made the decision together with grace and love.

Choosing when to walk away or stay put doesn’t have to be an excruciating decision.

When you care about what’s deep inside you and you listen to that still, small voice that keeps urging you in one direction or another…

If you have a question about a decision in your life,