Should You Ever Argue with a Fool? 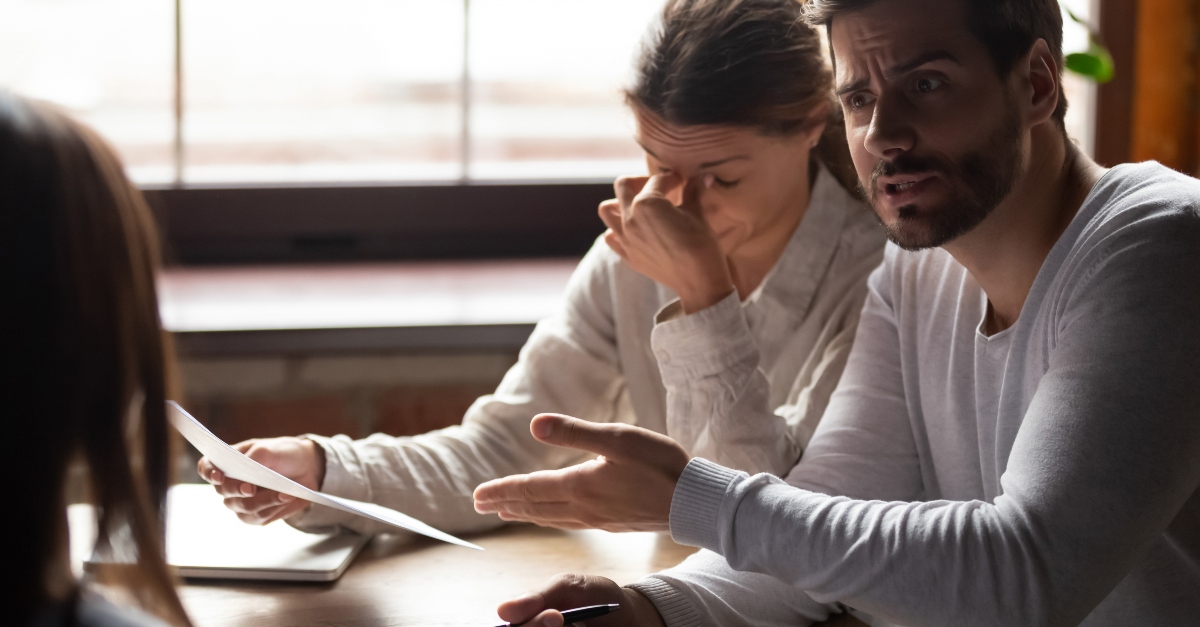 The Bible says to never argue with a fool, but what exactly constitutes a fool? How do we know if we’re arguing with one? Taking this one step further, what if the fool is us? *wince* In today’s culture, we think of a fool as an idiot, someone stupid or moronic, but what does the Bible say it means?

Turns out, it meant the same thing.

The Hebrew word for fool is transliterated as ‘ĕvı̂yl or phonetically: ev-eel’ which certainly sounds a lot like the English word “evil.” Another translation of the word fool is kesil, which Duane Garrett breaks down is his article Pity the Fool: But Should You Answer Him?

According to JerusalemPrayerTeam.com, the word ‘ĕvı̂yl is often interchanged for the transliterated word na•val, which actually does mean villain or evil.

Many times in Scripture, the word na•val is translated from Hebrew into English as fool, which wasn’t true to the original text or the author’s intended meaning.

Armed with this knowledge of the word fool, let’s explore what the Bible says about never arguing with fools and how we can ensure we aren’t the fool being argued with!

Where Does the Bible Talk about Arguing with Fools?

The term “arguing with fools” brings to mind the adage and Scripture about casting pearls before swine (see Matthew 7:6). The pigs of those days weren’t cute little piglets that people adopt as pets and let roam their house.

In fact, the opposite was true. Pigs were filthy, unclean animals. According to The MacArthur New Testament Commentary, swine were being compared to people who wouldn’t appreciate the gifts or truth of the faith and would cast them aside and trample them underfoot.

Part of growing in our spiritual walk with the Lord is to use discernment. While we are to go forth and make disciples (see Matthew 28:19-20), we must be wise.

If there was ever a reason to not argue with a fool, we can find it in the book of Proverbs, which warns that we’ll end up like the fool we’re arguing with, i.e., you’re looking like a fool, too.

At first glance, this seems contradictory. Don’t answer a fool because you’ll be like him. Do answer him or else he’ll be wise in his own eyes.

What do we do? Answer or don’t answer?

When to Not Argue with a Fool

In 1978, “The Rochester Evening Express” shared a quote from the “Cincinnati Breakfast Table,” “Don’t argue with a fool, or the listener will say there is a pair of you.” Throughout the decades, this quote has been reworked and changed slightly.

A form of it has been incorrectly attributed to Mark Twain, “Never argue with an idiot. You’ll never convince the idiot that you’re correct, and bystanders won’t be able to tell who’s who.”

While both quotes provide excellent advice, let’s dig into the meaning of the Scriptures again.

Barnes’ commentary on these two verses reveals the meaning behind when not to argue with a fool. In part: “To ‘answer a fool according to his folly’ is in Proverbs 26:4 to bandy words with him, to descend to his level of coarse anger and vile abuse.”

Sometimes we have to walk away with words left unsaid.

When to Argue with a Fool

Is it appropriate to argue with a fool? To fully answer this question, let’s look at the word argue.

An argument is really a discussion with at least two viewpoints, or it can be a series of points to lead someone to a predetermined conclusion. While the word is often associated with yelling and fighting, it’s also used in legal terms such as “prepare your closing arguments.”

In Proverbs 26, some translations say not to argue with a fool. According to Strong’s Concordance, the word can mean to give account; to respond; testify; pay attention to; answer. It doesn’t mean to fight.

So, when is it okay to argue with a fool?

Answering a fool according to his folly lest he be wise in his own eyes doesn’t mean we’re fighting, bickering, or being disobedient to the Scripture.

It means we use discernment to first assess if our words can be met with any type of understanding by the other party. If so, can we speak words of wisdom that might fall on ears that are willing to hear?

Jesus tells us in the Parable of the Sower that the seed (the Gospel) is thrown onto different soil and ground types. Arguing with a fool (as mentioned in Proverbs 26:4) could be the equivalent of throwing seed onto the rocky or thorny ground where it is destroyed or unable to take root. But there might be a time, according to Proverbs 26:5, that having a discussion with a fool might be an opportunity to let some seed on fertile soil.

The question is then, naturally, how do we know for sure?

The answer is simple but unsatisfying: many times, we won’t know…and may never know…if the message was received or not.

Why We Should Avoid “Fools”

Proverbs gives us a lot of advice on why we should avoid fools. They despise wisdom and instruction (Prov 1:7), don’t appreciate knowledge but like to hear themselves speak (Prov 18:2), have hasty tempers (Prov 14:29), and repeats his foolish behavior (Prov 26:11).

In Isaiah 32:6, we discover the deeper-rooted issue of why arguing with a fool should be avoided and it has to do with more than just letting the person spout off at the mouth. In fact, it’s much more serious than that.

“For the fool speaks folly, and his heart is busy with iniquity, to practice ungodliness, to utter error concerning the LORD, to leave the craving of the hungry unsatisfied, and to deprive the thirsty of drink” (ESV).

A famous time management saying is that time spent in one area is time away from another. If we loosely apply that same concept to avoiding fools, we could say that time spent arguing with fools is time spent not in discussion with a non-fool. In other words, there are people who are hungry to hear the truth about Jesus. We should use our time finding them instead of wasting time with people who aren’t going to accept the truth.

Circling back to Mark Twain, one quote that we can properly attribute to him is “Let us be thankful for the fools. But for them the rest of us could not succeed…”

While our success sometimes does hinge on the foolishness of others, it’s best to remember that God has called us to love each other with kindness and grace and to avoid arguments that lead, ultimately, nowhere.

Now that we’ve explored why we aren’t to argue with fools, we need to be sure we aren’t one of them. Os Hillman explores four types of fools in his article Are You a Fool? and how to know which one you’re dealing with.

And even though we all, at some point, act foolish, we should daily pray for wisdom, so we don’t become a fool ourselves.

Never Argue With a Fool, Onlookers May Not Be Able To Tell the Difference

Bethany Jett is a multi-award-winner for her books and marketing campaigns and is a sought-after speaker for women and teens. An entrepreneur at heart, Bethany co-owns two companies within the publishing industry.

She is a military wife to her college sweetheart and a work-from-home momma-of-boys who loves planners, suspense novels, and all things girly.

Connect with Bethany on your favorite platform by checking out her site: BethanyJett.com

This article is part of our larger resource library of popular Bible verse phrases and quotes. We want to provide easy to read articles that answer your questions about the meaning, origin, and history of specific verses within Scripture’s context. It is our hope that these will help you better understand the meaning and purpose of God’s Word in relation to your life today.

Tags:never argue with a fool