Should Same-Sex Unions Be Recognized in the Church? 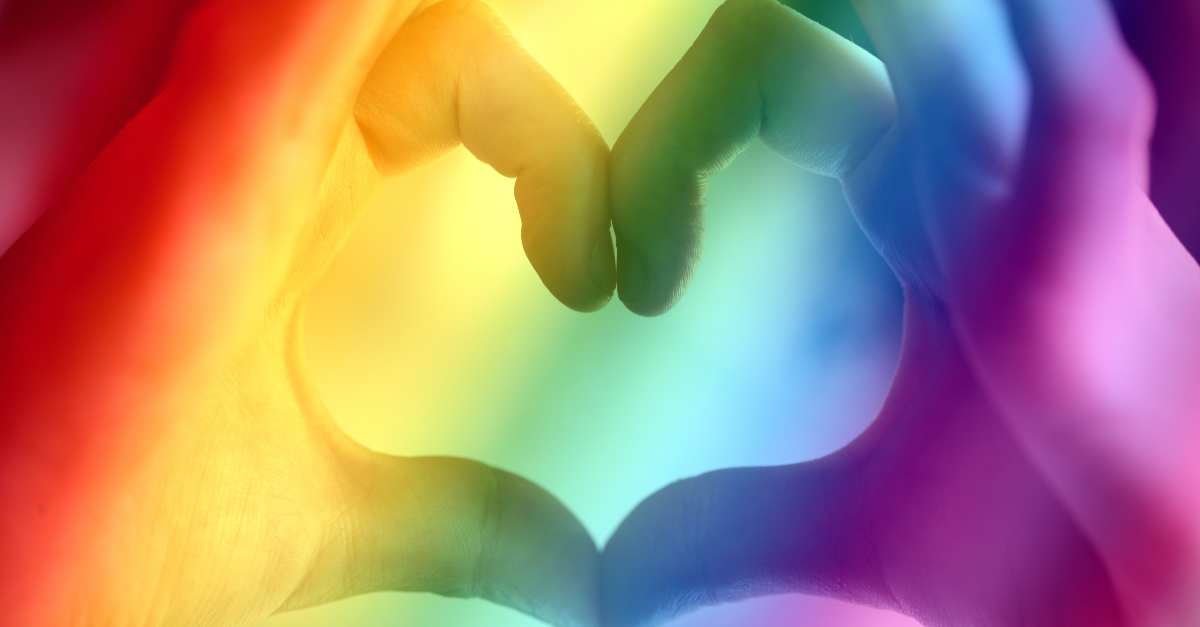 You might think that with killer germs, racial tensions, church and school closures—and political wars captivating public attention—other hot topic issues that truly demand a biblical response from the church might have been placed on the back burner. But you’d be wrong.

Even with many churches shutting their doors and scrambling to find their equilibrium in this chaotic age, there are some battles that persist.

The issue of homosexuality in the church is just such an issue.

Even as I prepared to start writing this article, the Supreme Court ruled in Bostock v. Clayton County that Title VII of the Civil Rights Act of 1964 prohibits workplace discrimination on the basis of sexual orientation and gender identity.

Though none of the employers named in the Bostock cases were religious organizations, a clear message has been sent that the courts no longer respect an employer’s constitutional right to hire and fire workers based on the religious convictions of the employer.

The broader implications of this ruling and others like it remain to be seen. But for the church in general, the handwriting may already be on the wall. LGBTQ issues which involve the church and biblical convictions will not be left to the church alone to decide. The fight for biblical integrity and moral purity within the church will not come without great costs.

The Church Must Be Willing to Ask and Answer Difficult Questions

It is against the backdrop of such radical cultural realities that the church must not only be willing to ask provocative questions…but also be prepared to answer from a faithful understanding of and commitment to the authority of God’s word.

You might think this issue is one that only reaches ‘other’ churches, but it is only a matter of time before your community of faith will be forced to ask this question, “Should same-sex unions be recognized by the church?”

Before I set out to provide a biblical response to this question, there are two very important preliminary observations that must remain at the forefront of this and similar conversations:

First, all questions and conversations regarding the church’s response toward people who identify as homosexual should always be conducted from a position of love, humility, and respect. The follower of Christ who deeply loves the King and his kingdom should always be seeking to create time and space to engage anyone and everyone who is willing to draw near to Jesus’ body, the church.

The question of whether or not the church should recognize same-sex unions must never be misconstrued as an effort to keep people out of our particular gospel communities who don’t look and believe the way we do. Nothing could be more contradictory to the Lord’s mission.

Always Rely on the Word of God

Second, as churches honestly explore the answer to this and other culturally-infused questions, it is paramount that the Word of God alone be the mine from which we dig for truth.

There is an ever-present temptation to give in to pressures and demands to conform to the world and its preferences—instead of holding firm to the ways of God as Paul would warn the Roman believers:

Do not conform to the pattern of this world, but be transformed by the renewing of your mind. – Romans 12:2

So how does the Bible speak to us and renew our minds regarding same-sex unions?

Related: Listen now to our FREE podcast The Bible Never Said That to find out what the Word of God has to say about following our heart versus following the truth:

First and foremost, we must consider God’s own pattern for the good world that he created. God crafted a man and woman, and placed them in the garden…and designed a relationship through which they would become one person representing their Creator in all his work.

Though both Adam and Eve were created by God, there is something fundamentally different about how God formed and fashioned them. Adam was made from the dust of the ground, but Eve was brought forth from a piece of Adam.

Upon seeing Eve for the very first time, Adam breaks forth in song:

This is now bone of my bones, and flesh of my flesh; she shall be called ‘woman’, because she was taken out of man. – Genesis 2:23

And then the Bible makes this very important statement:

That is why a man leaves his father and mother and is united to his wife, and they become one flesh. – Genesis 2:24

Scripture Is Not Ambiguous or Silent

The Bible wastes no time in establishing a critical precedence for how we are to understand the marriage union and sexuality. There is not a single place in God’s word where scripture is ambiguous or silent regarding the sanctity and fidelity of God’s purpose for marriage.

It is inconceivable that two people of the same sex, attempting to live in union with one another, could faithfully model and image Christ’s love for his bride. And this is the highest purpose of God’s design for marriage.

As important as the ability to reproduce is, no purpose of marriage is greater than its purpose to reflect the glory of Christ’s undying, selfless love for his bride, the church.

Throughout the scriptural account, this singular design of one man and one woman joined together in holy matrimony is affirmed repeatedly, leaving no room for man’s theological tinkering.

Homosexual sin is not the greatest of all sin, but it is sin. When I hear the attempt to rationalize same-sex lifestyles by proclaiming, “They were born that way,” I want to simply say, “What difference does it make?” We are all born into a sinful world with a sinful nature, and from the earliest days of life, our affections and tendencies are twisted by sin.

Being born a certain way does not imply that it is right to remain that way. It is a ludicrous notion to think that as I mature I would not alter my behaviors and bring them into submission of what is biblically right and acceptable. The Apostle Paul spoke with crystal clear clarity when he said:

Paul goes on to acknowledge that many in his audience formerly exhibited such unrighteous ways “but you were justified in the name of the Lord Jesus Christ” (1 Corinthians 6:11).

Same-sex unions should not be recognized by the church as biblically-ordained unions simply because God does not recognize them himself. Same-sex unions are but one example of man’s attempt to fashion a god in his own image rather than bowing and submitting to the God who created and owns marriage for himself and his own glory.

Once again, Paul reminds us:

The wrath of God is being revealed from heaven against all the godlessness and wickedness of people, who suppress the truth by their wickedness – Romans 1:18

The church must guard against placing its stamp of approval on anything that God condemns. Isaiah records the seriousness of such a compromise when he says:

Woe to those who call evil good and good evil, who put darkness for light and light for darkness – Isaiah 5:20

Rosaria Butterfield sounds a similar warning in her landmark book, The Secret Thoughts of an Unlikely Convert when she says, “Sin is not a mistake. A mistake is taking the wrong exit on the highway. A sin is treason against a Holy God. A mistake is a logical misstep. Sin lurks in our heart and grabs us by the throat to do its bidding.”*

For the church to remain a beacon of truth and light, it must be willing to stand for truth even when it is not “politically correct” to do so.

Let Marriage Be Held in Honor and Undefiled

The church must faithfully teach and set an example of what it means to “Let marriage be held in honor among all and let the marriage bed be undefiled” (Hebrews 13:4). Marriages which are held in honor are those which mirror the model which God has designed for all who would enter such a covenant with one another and with God.

But it should never be said that our pursuit of holiness should ever become a source of pride or an excuse to be unloving and unkind to those caught in the clutches of sin.

Our Christ-centered marriages should be the greatest visible witness to God’s love for sinful mankind which we have at our disposal.

May the church’s refusal to bend to cultural pressure be done in such a loving manner that the lost are drawn to our Lord.

Rick Kirby, along with his wife and children, live in Anderson, South Carolina. Rick serves as a corporate chaplain in the upstate of South Carolina, in addition to shepherding micro-church movements, which he does in partnership with the Evangelical Free Church in America and the Creo Collective. Rick has written as a freelance writer in the past with organizations such as The INJOY Group, InTouch Ministries, and Walk Through the Bible. Rick holds a Master of  Divinity degree from Erskine Theological Seminary and presently is a  Doctor of Ministry student at Erskine, as well. Through the years, Rick’s family has been deeply engaged in discipling efforts globally in Brazil, Ecuador and most recently in Puerto Rico. Among the many things Rick enjoys are woodworking in his woodshop and roasting (and drinking) coffee.