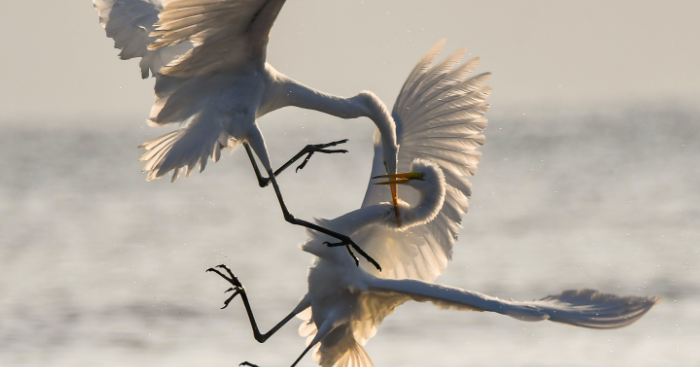 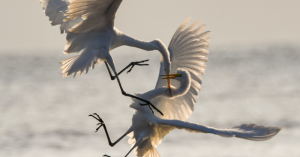 Misunderstandings are so common in relationship and also can be so deadly.

Randy had been searching for a new job off and on for awhile and he seemed to be in turmoil about what kind of job he even wanted.

Sally, his girlfriend for the last couple of years, wanted him to take some tests that would help him narrow down his interests but for what ever reason, he was resistant.

At one point in one of their discussions, he blurted out that he didn’t feel supported by her.

She immediately felt like she’d been slapped in the face and withdrew from him and from the conversation.

When Randy felt Sally withdraw, he withdrew as well because he thought she was mad at him.

This is a great example of a misunderstanding.

When Randy told her he didn’t feel supported, she thought he meant “supported in the relationship.”

What Randy really meant was that in that moment, about that topic, he didn’t feel she supported him in what he wanted.

Big difference but neither could see that at that time.

Misunderstandings can happen in a moment and can be over big issues or even very small ones.

But they always create separation and disconnection because there are assumptions made about what’s being said or actions that happen.

In Randy and Sally’s case, they each made assumptions about the other’s motivation for what was said or done and the result was a week or more feeling disconnected from each other and uncertain about their relationship.

So how could this misunderstanding and others be avoided?

1. Recognize when you make an assumption about what someone else is thinking or doing

An assumption starts with a thought and the problem is created when we attach meaning to that thought and believe it to be true.

She wouldn’t have withdrawn from him.

If Randy didn’t jump to believing the thought that Sally was angry with him, he wouldn’t have withdrawn from her.

Both assumed the worst of themselves and each other.

2. Slow down from automatic responses

All of us are in the habit of automatic responses of one sort or the other when we’re triggered.

Some people lash out with anger, some go silent and withdraw and some try to beat a dead horse with their reason and logic.

It’s helpful to be aware of what you do when you’re triggered and give yourself some space around it.

Sally could have seen that her automatic response when she’s triggered is the thought that her partner will leave her so she’d better pull away first and that’s not necessarily what’s always going on for the other person.

Randy could have noticed that his automatic response when he’s triggered is the thought that he’s horrible at communication and relationships and to not hang onto that thought which only pushes his away from her.

3. Get curious and ask for clarification

In the space, even a tiny one, between being triggered and the automatic response, you can instead get curious about what the other person meant without believing your pre-determined thoughts about what you thought he or she meant.

You can ask for clarification with a simple questions like…

“Help me to understand. Tell me what you meant by that.”

When you ask from a heart-centered space inside you and remain open, it can be amazing what you learn.

Both Sally and Randy could have avoided a week of disconnection if they had just remained curious and asked for clarification instead of making assumptions and reacting to pre-conceived ideas of what was implied.

Misunderstandings don’t have to ruin your relationship.

You can clear them up and get back to loving quickly!

Have a question about a misunderstanding in your relationship? Contact us here…