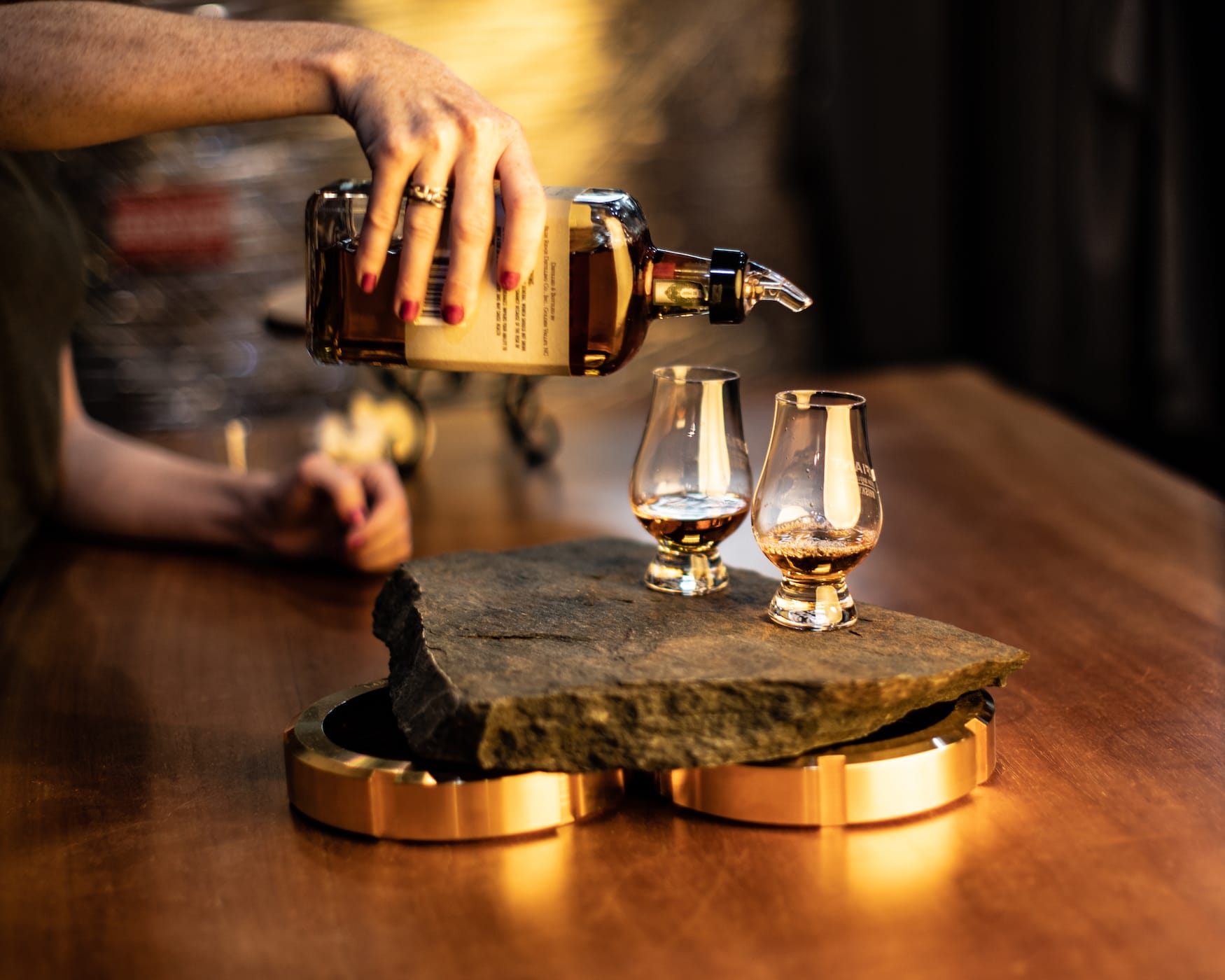 Once a dry US state with illegal Moonlighting. Today it is produced quite legally. Join us on an EXCLUSIVE road trip to North Carolina’s distilleries.

When the National Prohibition – i.e. the ban on alcohol – ended in the United States of America in 1933, it stayed in North Carolina two more years – until 1935 – dry. So while there was officially no schnapps to buy, the moonshiners got to work. Mainly at night, they produced hard liquor in the light of the moon. Today, distilling in small distilleries is not only legal. It has experienced a new boom and has almost become a craft.

The largest city in the US state of North Carolina, Charlotte, is distilled according to family tradition. More than 60 years after his grandfather was arrested in Ireland for making Poteen, a barley liquor, Ollie Mulligan follows in his footsteps. But this time completely legal. The same Irish moonshine recipe that has been in the family for generations is still used today. In addition to the classic, Rúa single malt whiskey – the Irish expression for red single malt – vodka and whiskey are also matured in the Great Wagon. So, off to Charlotte and try a drink or two there – if you are 21 years old. If you’re lucky, you’ll even be treated to live music three times a week.

The Copper Barrel Distillery is the first legal moonshine distillery in Wilkes County and the first in the world to produce a “legal” beverage using a direct steam injection distillation process. Instead of neutral grain spirits, Copper Barrel uses grain from North Carolina farms and mills and healthy water from a crystalline rock aquifer. That sounds exciting? Then on to the tasting tour, which details Moonshine’s complex and appealing flavour profile.

Moonshine has been made in Benson for five generations in a 500-gallon copper still. Master distiller Jeremy Norris uses his grandfather’s recipe for the Moonshine.

Broadslab offers tastings and tours alongside its Legacy Shine, including Reserve Whiskey and Carolina Coast Rum. At the same time, visitors learn how and why the premium products are made, but the family’s recipe remains hidden. But during the tasting, you can try to find out for yourself which ingredients are in the good stuff.

There is talk of a revolution in the whiskey world in the Blue Ridge Distilling Company. Defiant is the flagship brew at the Bostic distillery. The spirit with the bold brand name is an award-winning barley-based whiskey made from pure mountain water and aged in spirals of white oak instead of casks. The unique thing about the Defiant: It consists of only four ingredients. The best way to find out whether this is revolutionary is to visit the distillery.

It gets more daring in taste in the northeast of North Carolina – on the beautiful Outer Banks, the offshore island chain. In the original »From Molasses to Glasses«, from molasses to glass is the catchy slogan of the only distillery in downtown Manteo. In keeping with the pirates who roamed the Outer Banks, rum is the leading spirit served in the Outer Banks Distillery will produce. Strains in the Kill Devil series include gold, silver, and an unusual combination of pecan and honey.

Off to Valencia: Our tips