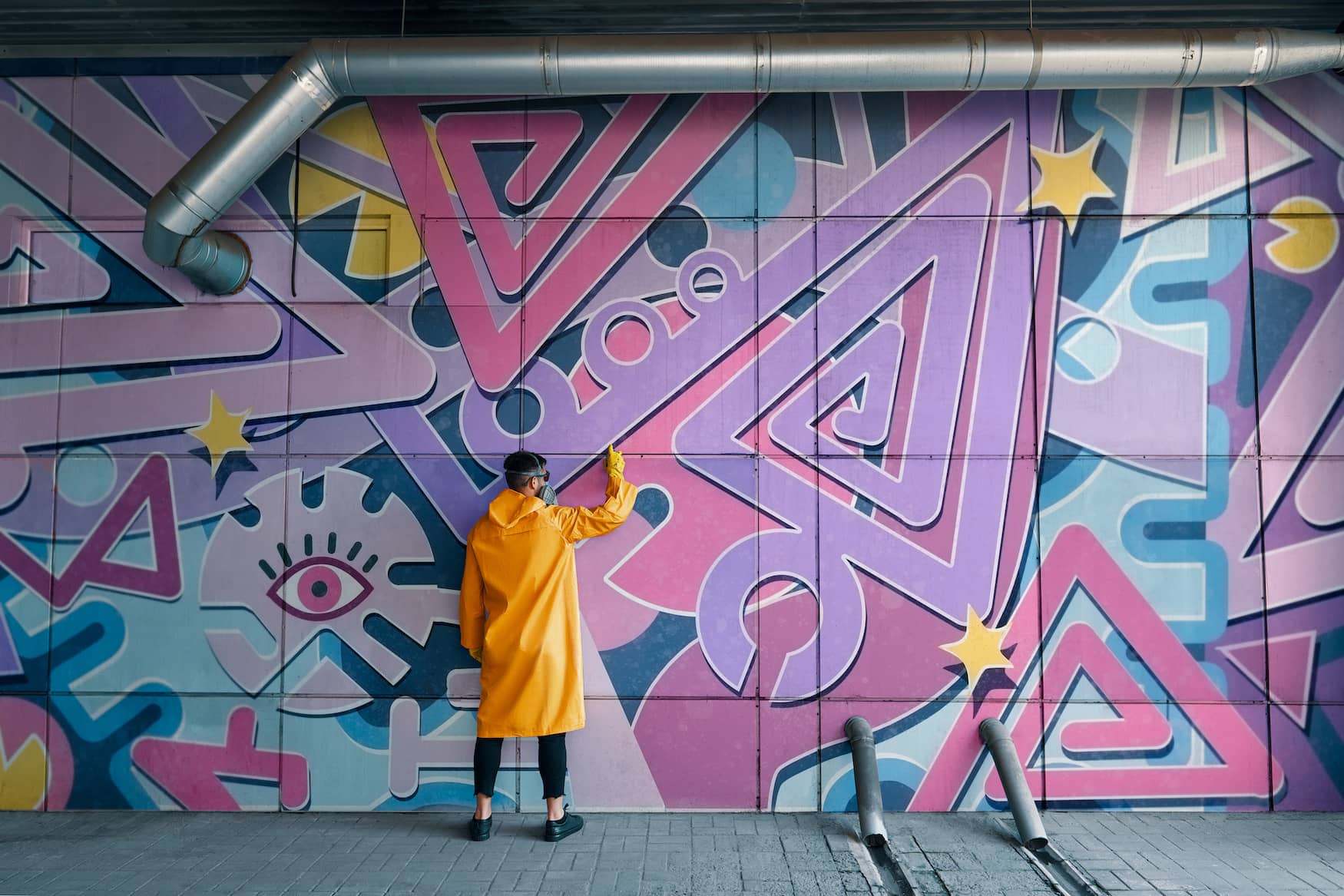 is it art? Is it vandalism? When it comes to street art, opinions differ. But everyone agrees on one thing: brightly colored murals catch the eye. We present you with 20 of the world’s best street art cities. Text: Alina Linscheidt

Since the fall of the Wall in 1989, many segments of the former GDR border fortification system have traveled a long way and are now exhibited worldwide. In Berlin, she can admire East Side Gallery, a permanent open-air gallery on the longest surviving stretch of the Berlin Wall. The facades decorated with street art are also impressive in the neighboring hipster neighborhoods of Kreuzberg and Friedrichshain.

An outlet for Colombia’s not easy political past was found with street art. Large murals are mainly found in downtown areas like Avenida Caracas and Carrera Decima. In the heart of Bogotá, in the 17th district of La Candelaria, street art can be located on the walls of hostels, shop fronts, and cultural institutions. Donation-funded tours are available daily at Bogotá Graffiti, offering aerosol art classes.

Bristol is the birthplace of the world-famous street artist Banksy and a street art hotspot itself. Impressive works of art can find in Bedminster and Southville in particular. There also takes place once a year Upfest festival instead. Guided tours are available from the Wall and The Ultimate Bristol Walking Tour.

Huge murals and charismatic stencil art make the Argentine capital another street art hotspot. Politically motivated or light-hearted – in districts like Palermo, Villa Crespo, San Telmo, and Colegiales, there are very different urban works of art to be discovered. Visitors can gain background knowledge of the street art scene and its connection with the city’s history on guided tours that can book with the non-profit organization Graffiti Mundo.

There are diverse and fascinating street artworks in George town to admire. In the capital of the Malaysian state Penang where many competing cultural influences exist, there is a wide variety of murals that include physical objects.

The traditional Byzantine mosaics – the İznik ceramics – are mainly well known in the Turkish capital. But in recent years, the street art scene has grown considerably. Neighborhoods like Kadikoy have become hotspots for artistic expression. The best graffiti can be discovered using the free Street Art Istanbul app, which provides information about the artists behind the works.

Street art developed into a form of social and political statement, particularly as a reaction to outrage at the oppressive laws of racial segregation. Local and international artists can admire some of the best murals in Woodstock, District Six, and downtown. Travelers can experience Cape Town’s graffiti scene with walking tours by Anima Tours, focusing primarily on activism’s public artworks.

With past art projects such as the Crono Project and the Galeria de Arte Urbana, street artists in the Portuguese capital were given the opportunity to let off steam artistically on building walls and even rubbish bins. Underdogs Gallery offers guided tours to learn about the multitude of notable works of art and the history behind each one.

In the capital of the United Kingdom, many neighborhoods are dotted with murals. It includes Brick Lane, Hackney, and Shoreditch. For the latter, there’s a beautiful way to spot the best murals with bookable tours from Shoreditch Street Art Tours. There are also many notable works to be admired in North London, Camden, and Leake Street Graffiti Tunnel – near Waterloo.

Street art calligraphy is characteristic of Los Angeles, which evolved from the style of Latino gangs. Countless paintings dot the buildings in the Art District, so you wouldn’t think that graffiti spraying is illegal here. Guided tours are available from LA Art Tours.

Colorful streets criss-cross Australia’s second-largest city. For graffiti laneways such as Hosier Lane, Union Lane, ACDC Lane, and Croft Alley Melbourne famous. The best artworks can find downtown and in the Fitzroy area. It is exciting with the artists: tours with active street artists can be booked at Melbourne Street Tours.

In the street art style of Mexico City, poetry, political messages, and traditional images are interwoven. Juárez, Roma, and Condesa are some of the most dynamic neighborhoods where you can discover impressive murals. Style Walk Mexico offers private tours by graffiti artists.

The Canadian metropolis of Montreal knows how to celebrate street art appropriately. Every summer, the eleven-day Mural Festival takes place here with various famous artists. But street art is created all year round, even in the freezing Canadian winter. A living museum is the Saint Laurent Boulevard, where there are no crossroads without art.

Street art won in NYC, already gaining popularity in the early 1980s. Since then, many building walls in the US metropolis have been worked on by artists worldwide. Pop art stencil art, street installations, and giant murals can find in all five boroughs. Among others, Keith Haring’s work »Crack is Wack« in Harlem and the works in Brooklyn by the Bushwick Collective, which includes around 800 artists, are famous.

Works of art are displayed indoors in the exhibition rooms of galleries and museums Paris admired. It is also possible out on the streets, in neighborhoods such as the Oberkampf district, the 13th arrondissement, and Belleville, thanks to many international artists. Born in Bristol and using the pseudonym Banksy, the anonymous graffiti artist has become world-famous for his politically motivated works. Street Art Tour Paris offers artist-led walking tours for those interested who don’t want to explore the streets alone.

Graffiti artworks can also be found in the Czech capital, for example, in neighborhoods like Žižkov and Holesovice. Most of the murals have been created without authorization. However, there are currently more and more places where street art is legal.

Various artists such as Guido van Helten can find colorful and diverse street artworks everywhere in the Icelandic capital’s central area. For a tour, we recommend starting in Hverfisgata street.

Mural Etnies – the most prominent graffiti globally – is located in Rio de Janeiro. Eduardo Kobra’s 15-meter high and 170-meter-long artwork features five portraits representing a tribe from a different continent. There are many more street artworks to discover in Botafogo, Copacabana, Ipanema, Santa Teresa, downtown, and the Botanical Gardens.

In the most populous city in South America, the Vila Madalena district is a must for every street art fan. The Beco do Batman area streets are filled with psychedelic and cubist artworks. There are also many more murals to discover in the Cambuci district, where two of Brazil’s most famous street artists, Otávio and Gustavo Pandolfo, were born.

A Chilean port city is beautiful for artists and art lovers: street art is legal here. Imaginative murals can find on every corner. There are 42 neighborhoods to explore, such as Cerro Alegre and Cerro Concepción. Street art tours are available to help you find your way, such as the free tour with Valpo Street Art Tours.

Cool experiences in the morning on a trip

Culinary delights in the Czech Republic 2022