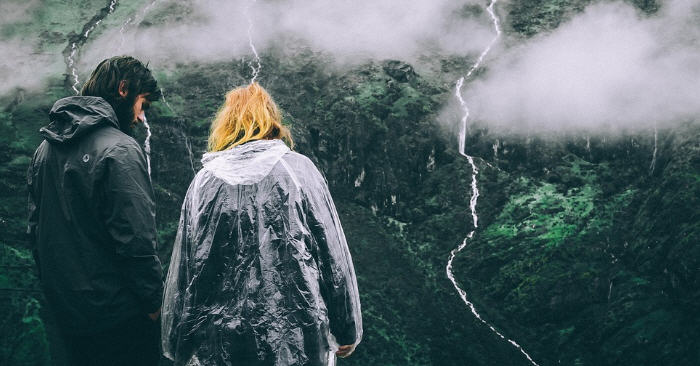 When most people say there’s broken communication, there’s what they think is going on and there’s what’s really going on under the surface.

Usually one person is not doing or saying what the other person thinks they should and one or both are angry, distant, and aloof.

Without getting into a lot of details, her husband told her that his family comes first and that he won’t be involved with a control freak as he has been in a past relationship.

He called her self-centered and then deleted and blocked her number so she has no way of contacting him.

She said she didn’t mean it in that way. She was just annoyed with him for not looking after himself and resting.

These are two very different versions of what happened and that’s usually the way it is when communication breaks down.

And all they can see is their unique version.

He saw a “control freak” and she saw she was just being helpful.

So what’s the answer when you both see the same interaction so differently and one or both of you close down?

1. Expect that your partner will see things from his or her unique experience which is different from the way you see them.

Otto used to get extremely irritated with his mom because when he called her, she would tell him that it had been so long since she talked with him.

Then she would get angry with him because he was angry and they would end up at odds with one another.

In his mind, it had only been a week since he called but because she was lonely, in her mind, it had been many, many hours and days.

They saw the same situation completely differently and reacted from what they saw which caused problems.

2. When one person shifts his or her attitude and state of mind, communication shifts.

When Otto saw it from her viewpoint, he lightened up and one sentence changed their dynamic.

The next time she threw guilt his way, instead of getting defensive, he stopped and told her that yes, he could see how that might be true for her.

His state of mind shifted when he stopped expecting her to think like he did. He started just having fun with her and their relationship has just gotten better and better since then.

3. Love is our natural state.

It seems like a cliche to say that love heals all–but it does.

Love is our natural state unless we interfere with it with a lot of “shoulds” about how someone needs to act for us to be happy.

Will the reader who wrote in today be able to repair her communication?

We don’t know but we do know that if there’s an opening for her to connect with him, she can soften her defensiveness and see how her words could have looked to him given his past experiences.

In saying that, it doesn’t mean she has to agree with how he reacted but when she softens, he may open to seeing that she meant only his well-being and that she wasn’t his ex.

What we know is when your state of mind shifts, everything can shift.

Love can replace anger, judgment and even contempt.

If you’re struggling with a situation and have a question, contact us here…